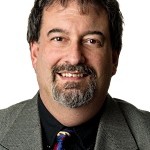 Why You Really, Truly Don’t Want a Private Cloud

As the conference names and locations might suggest, the former was the more business-oriented while the latter was chock full of techies. Perhaps the most interesting contrast between the perspectives of these two audiences was their respective opinions about private Clouds. The techies at the India conference were generally of the opinion that public Clouds were too risky, and that their organizations should thus focus their efforts on the private deployment model. The American business crowd, in contrast, generally held that the public approach was the way to go, with some folks even going so far as to claim that public Cloud was the only true approach to Cloud Computing.
This distinction is remarkable, and aligns with ZapThink’s thinking on this matter as well: the more you focus on the business benefits of Cloud, the more likely you’ll be leaning toward public over private deployment models. Furthermore, this mind shift isn’t all about security risks. Once you work through the issues, you’ll likely come to the same conclusion: there’s generally little or no solid business reason to build a private Cloud.
The Problems with Private Clouds
The best way to understand the limitations of the private deployment model is to take the business perspective. What are the business benefits behind the move to the Cloud, and how can you achieve them?

Fair enough. But you’re in a regulated industry or otherwise have stringent regulatory requirements about data protection or data movement that the public Cloud providers can’t adequately address. The only way you can move to the Cloud at all is to build a private Cloud.
Not so fast. While it’s true that regulatory compliance business drivers and limitations are becoming an increasingly important part of the Cloud story, any regulatory drawbacks to using public Clouds are essentially temporary, as the market responds to this demand. A new class of public Cloud provider, what is shaping up to be the “Enterprise Public Cloud Provider” marketplace, is on the rise. The players in this space are putting together offerings that include rigorous auditing, more transparent and stringent service-level agreements, and overall better visibility for corporate customers with regulatory concerns.
The incumbent public Cloud providers aren’t standing still either. You may not be able to get solutions from the big players that meet your regulatory needs today, you can be sure it won’t take them long to figure out how to compete in even the most regulated industries. In a few years, if you look back on your decision to build a private Cloud on the basis of regulatory compliance, you’ll likely feel quite foolish as your competitors who waited will soon have fully compliant public alternatives, while you’re stuck paying the bills on your private Cloud initiative that will have become an expensive money pit.
So, should any organization build a private Cloud? Perhaps, but only the very largest enterprises, and only when those organizations can figure out how to get most or all of their divisions to share those private Clouds. If your enterprise is large enough to achieve similar economies of scale to the public providers, then—and only then—will a private option be a viable business alternative.
In many such cases, those large enterprise private Clouds essentially become community Clouds, as multiple divisions of an enterprise share a single internal Cloud provider that operates much like a public Cloud, albeit for internal use across the enterprise. This community model makes sense, for example, for many federal governments. They can achieve the cost efficiencies of public Clouds while maintaining the control benefits of private Clouds by supporting the Cloud initiatives across multiple agencies.
Virtual Private Clouds (VPCs) also give many organizations the best of both worlds, as they leverage the public Cloud but run logically on your private network. Many hybrid Clouds follow the VPC approach, as hybrid on premise/Cloud models typically leverage private networks. ZapThink predicts this hybrid VPC model will become the predominant deployment model in the enterprise.