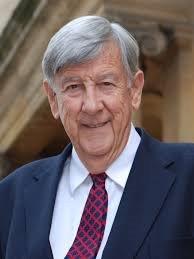 Dr. James Martin has been a consultant and author, n.1 guru in the Computer Industry, was nominated for a Pulitzer prize for his book, The Wired Society: A Challenge for Tomorrow (1977). He has written extensively on his computer systems design methodology information engineering and also on computer-aided software engineering, of which some say he is the father. He has been an early promoter of fourth-generation programming languages. He was also the primary author of the Rapid Application Development methodology. With the largest alumni philanthropic donation ever made to a UK university, Martin gave $100 million in 2005 to help establish The James Martin 21st Century School at the University of Oxford; its stated goal is to “formulate new concepts, policies and technologies that will make the future a better place to be”. His book The Meaning of the 21st Century: A Vital Blueprint for Ensuring our Future was published in 2006.