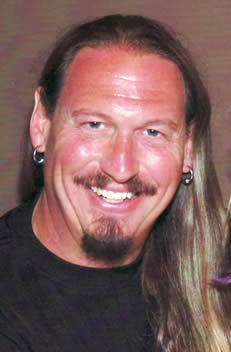 has been educating and training users in the technology sector since 1983 when he began teaching BASIC and COBOL through a special educational program at the Medical University of South Carolina (while still a high school senior). He then launched his professional career in application development and network integration in 1984. Mullen is now Vice President of Consulting Services for NGSSoftware, an international security software and consulting firm, and world leader in vulnerability discovery and research. Timothy Mullen has developed and implemented Microsoft networking security solutions for institutions like the US Air Force, Microsoft, the US Federal Courts, regional power plants, and international banking/financial institutions. He has developed applications ranging from military aircraft statistics interfaces and biological aqua-culture management to nuclear power-plant effects monitoring for private, government, and military entities.

Mullen has been a columnist for Security Focus’ Microsoft section, and is a regular contributor of InFocus technical articles. Also known as “Thor,” he is the founder of the “Hammer of God” security co-op group. Mullen’s writings appear in multiple publications such as Hacker’s Challenge, the Stealing the Network series, and in Windows XP Security. His security tools, techniques and processes have been featured in Hacking Exposed and New Scientist Magazine, as well as in national television newscasts and technology broadcasts. His pioneering research in “strikeback” technology has been cited in multiple law enforcement and legal forums, including the International Journal of Communications Law and Policy.

Mullen holds MCSE certifications in all recent Microsoft operating systems, has completed all Microsoft Certified Trainer curriculums and is a Microsoft Certified Partner. He is a member of American Mensa, and has recently been awarded the Microsoft “Most Valuable Professional” (MVP) award in Windows Enterprise Security for the fourth straight year.