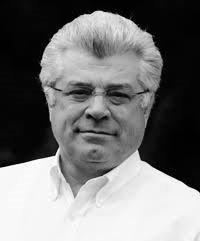 Tim Lister is a principal of the Atlantic Systems Guild, Inc., based in the New York office. He divides his time between consulting, teaching, and writing. Currently he is working on tailoring software development processes using software Risk Management techniques. He has been an invited speaker at the Agile Development Conference three times. Mr. Lister was a guest lecturer on software Risk Management at the Stanford University School of Business, and gave the Dean’s Lecture at the Rochester Institute of Technology. He was a member of the Airlie Software Council, a group of industry consultants, advising the DoD on Best Practices for software development and acquisition, and is a member of the Cutter Business Technology Council. Mr. Lister, along with the other 5 Principals at the Guild, is co-author of “Adrenaline Junkies and Template Zombies: Understanding Patterns of Project Behavior” (Dorset house, 2008). He is co-author with Tom DeMarco of the text, “Waltzing With Bears: Managing Software Project Risk” (Dorset House, 2003), which won the Jolt Award for best general computing text in 2003-2004. Tim Lister and Tom DeMarco are also co-authors of “Peopleware: Productive Projects and Teams” 2nd ed. (Dorset House, 1999). Peopleware has been translated into ten languages. Tim Lister and Tom DeMarco are also co-editors of Software State-of -the-Art: Selected Papers, a collection of 31 of the best papers on software published in the 1980’s (Dorset House, 1990). The two partners have also produced a video entitled Productive Teams, also available through Dorset House.
Tim Lister has over 35 years of professional software development experience. Before the formation of the Atlantic Systems Guild, he worked at Yourdon Inc. from 1975 to 1983. At Yourdon he was an Executive Vice President and Fellow, in charge of all instructor/consultants, the technical content of all courses, and the quality of all consultations. Mr. Lister lives in Manhattan. He holds an A.B. from Brown University, and is a member of the I.E.E.E. and the A.C.M. He also serves as a panelist for the American Arbitration Association, arbitrating disputes involving software and software services, and has served as an expert witness in litigation proceedings involving software problems.