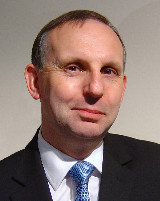 It’s Time for the Next Generation of Corporate Strategy for IT
In recent years, corporate strategies for IT have been focused on running the IT department “like a business”. When the technology-centric first generation of IT strategies reached a point of diminishing returns, this next stage was both inevitable and beneficial. With the bulk of IT spending shifting from investment in new and exciting technologies to maintaining and replacing existing ones, applying sound business discipline has kept that spending under control and driven a necessary focus on IT operational performance and efficiency.
But with these benefits come pitfalls, especially if you take the IT-is-like-a-business approach to extremes. If you’ve tried managing an internal IT department as a bona-fide standalone business you already know that you can’t take that very far, for the obvious reason that your IT department isn’t a business. It is part of a business: a significant contributor to a value chain, not a self-contained value chain of its own. And the harder you try to create a separate value chain for internal IT, the harder it becomes for the IT department to become integrated with the business it of which it is truly part.
A strategy focused on running the IT department like a business will itself reach a natural point of diminishing returns, if it hasn’t already. Innovative companies have moved to the next generation strategy, in which the CIO’s purpose is not necessarily to run a traditional IT department at all. Now the CIO’s primary role is to provide corporate leadership to business functions, on investing in change and exploiting IT in the context of their business strategies and operating plans.

The Pitfalls of Running IT as a Business

The drive for IT departments to manage themselves in more business-like ways followed the technology-centric strategies for IT that effectively ended once the 21st century began. People learned – often the hard way – that technology deployment alone does not guarantee business success, and have been putting those lessons into practice ever since. As executives became worried about the costs of IT, technology-centric strategies gave way to ones founded on IT operational efficiencies: IT departments would deliver more for less.
The benefits of running an IT department in a more efficient, business-like way are well-known. The department’s purpose is clear to its staff and stakeholders: People know what IT is accountable for, and what it isn’t, and therefore how to organize their own part of the business to get the most from technology. The IT department’s internal processes become ever-more efficient, costing progressively less with no loss of value to the business units which fund them. Any activity that contributes to the department’s purpose and processes, but which is not core to them, is constantly market-tested to find and exploit the best sourcing option, whether that be in-house or outsourced.
However, alongside the benefits of running the IT department like a business, there are also risks and pitfalls. The most damaging to the CIO’s longer-term strategy is any attempt to run the department as a separate business rather than just in a more business-like way.
There’s a world of difference between running the IT department “like” a business, and trying to run it “as” one. It’s amazing how one word can fundamentally alter strategy. Running IT like a business means adopting a business-like mindset, processes and financial disciplines. Running it as a business means competing for revenue and investment in an open market, and going bankrupt if you run out of cash to cover your liabilities.
What happens if a CIO attempts to run the IT department as a business? People in other departments will perceive that the IT department wants to be treated like a supplier. If the CIO’s chosen business is primarily to be a provider of operational IT services, then that what is the IT department’s “customers” expect the CIO to concentrate on. In that case, contributing to corporate and business strategies will be an heroic, uphill battle rather than the IT department’s core contribution to the enterprise. The prevalence of heroic How-We-in-IT-Contributed-to-Strategy stories in the media offers us insight into how much IT’s strategic contribution is currently considered exceptional, rather than its core value.
The IT department might find another pitfall if it tries too hard to run itself as a business. The company’s business units will be reluctant to fund any material investment by IT in anything that looks like branding, marketing, selling, or upgrading the management systems that support the IT department’s own productivity. Why should they? One of the primary cost advantages of an internal department is that it doesn’t require all the capabilities a real supplier needs to compete on the open market. So the CIO is caught in competition with bona fide external suppliers but without access to the investment that they have in order to compete as an equal.
In the long term, the IT department will find itself in a corner from which escape becomes ever more difficult. It lacks the means to compete with real IT suppliers, but has dis-integrated itself from the business of which it is meant to be part. It wants to be taken seriously in the world of strategy, yet its primary business is operational. This is when taking “IT department as a business” too far seriously undermines the next generation strategy for IT.

From Efficient to Strategic

After the technology-centric strategy, then the efficiency-centric one, the strategic IT focus is now on exploiting technology to create new business value. Today’s successful CIO is one that is primarily valued as leader of a corporate strategy, in which the company is an “expert customer” of IT. Overseeing the operational delivery of IT services in a business-like way is simply expected, if the CIO still does it at all.
Unless the company is already an expert customer of IT, its people will need strategic leadership from trusted colleagues who do not have a vested interest in supplying technology services. If the IT department is behaving as a business supplying operational IT services, then who can everyone trust to provide the strategic leadership that the next generation of IT strategy demands?
A CIO who is trying to run the IT department as if it were a separate business will need to rethink the department’s operating model. What have others done in such circumstances? They have divided their department’s activities into two groups: core capabilities, and services. Core capabilities are those IT-related activities that the company must have in-house and which make it an expert exploiter of technology, while services are the activities that the company can choose to either keep in-house or outsource. Naturally, the CIO’s own activities should be included under core capabilities rather than services.
After dividing the IT department’s activities into these two categories, the CIO can benchmark the core IT-related capabilities against the models that other innovative companies are using. In particular, the company should excel at total enterprise architecture (meaning the structure of the entire business, not just its technologies) and investing in business change. Together, these are the corporate engine of strategic investment and value creation, for IT and everything else, supported by a robust sourcing strategy to spend that investment wisely. The CIO may find the IT department’s strategic influence is low because these core IT-related capabilities are weak or missing, are not integral to their equivalents in the wider company.
Having explored the company’s strengths and weaknesses in its core capabilities as a customer of IT, the CIO faces a major choice – primarily develop them within the IT department, or elsewhere in the company? If IT is perceived to be operating as a supplier, the first of these options is not realistically open. Therefore the CIO’s is faced with developing those core capabilities outside of the IT department. And as executive leader of those capabilities, that means the CIO may need to give up day-to-day control of IT service delivery and concentrate on corporate strategy.
That is indeed what some CIOs have done. They have established a corporate-level team that develops and leads the company’s strategy and capabilities as an expert customer of IT, with no accountability for day-to-day delivery of IT services. That accountability is in the hands of a CTO or equivalent with reporting a line into the company’s operational management, for example the Chief Operating Officer. Depending on the extent to which IT services are outsourced, that reporting line may one day be to the Chief Sourcing Officer.
This model, that separates the corporate strategy for IT from operational service delivery, may not suit everyone. But as we explore the strategic options for maximizing IT’s strategic contribution, it’s essential to know it exists.