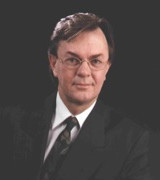 He joined computing in 1968 and has been consulting and educating in the area of Project Management, teams and quality since 1974. In 1981, he was contracted by YOURDON Inc. in New York to present seminars in the U.S. and U.K. based on his book “People and Project Management“

He is also on the Industry Advisory Board of the I.E.E.E. and the Strategic Advisory Panel for the University of Sydney’s Graduate Project Management Program with experts such as Sandy Hollway, Sydney Olympics and Peter Scott, CEO, MLC. His latest book “Radical Project Management” .