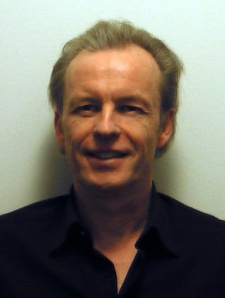 Promise and Challenge of Enterprise IoT

Analysts as well as IT vendors across the board are throwing around very big numbers when it comes to forecasting the explosive development of the Internet of Things (IoT): 50 Billion devices being connected by 2020 and drastic changes how companies will do business – to the tune of $14 Trillion “Value at Stake”. To put this in perspective, we are talking about an economic impact as large as the total GDP of the United States. But what means Value at Stake? The five main factors that fuel IoT Value at Stake are: asset utilization (reduced costs) of $2.5 trillion; employee productivity (greater labor efficiencies) of $2.5 trillion; supply chain and logistics (eliminating waste) of $2.7 trillion; customer experience (addition of more customers) of $3.7 trillion; and innovation (new markets) of $3.0 trillion.

When we take a closer look at this breakdown of Value at Stake we see that the main concern is not the consumer IoT (e.g. wearables, home automation), but rather the Industrial IoT (IIoT). The sectors of the IIoT with the lion share are manufacturing, health care, retail, transportation, and insurance. To give an example: the major railroads in the US have installed a system in their trains that monitors how drivers accelerate and brake. The data is analyzed and guidance is then provided to the drivers, resulting in savings across these companies of about $1 Billion in fuel and maintenance cost. Another example is Thames Water, the largest provider of drinking and waste-water services in the UK, who is using sensors, analytics and real-time data to anticipate equipment failures and respond more quickly to critical situations.

It should be noted that the government sector is not included in the numbers above and it is predicted to amount to several Trillion Dollars as well. A good example is smart cities that have been implemented around the globe, from California to Korea. One of the most prominent cities is Barcelona. Here we find more than a dozen smart infrastructure systems, including buses, parking, lighting, telework, and citizen collaboration. For example, the city implemented a smart irrigation system for its parks and gardens, where sensors collect live data on humidity, temperature, wind velocity, sunlight, and atmospheric pressure. Based on an analysis of this data the watering schedule is optimized. The ROI: an investment of $380,000 saves them $550,000 a year.

One of the reasons why the IIoT will dwarf the consumer IoT is the fact that there is already an established ecosystem predating IoT, which will be absorbed into the IIoT, namely machine to machine systems, a.k.a. m2m. These systems are part of OT (Operations Technology), in contrast to IT (Information Technology).

The problem with the legacy of m2m systems is that they have mostly been implemented as isolated silos, use proprietary communication protocols and interfaces, and are often difficult to change. In addition there is a divide between OT and IT such that the systems out in the field or in a plant are not integrated with back office IT systems like ERP or CRM.

The IoT is supposed to change this. m2m systems are becoming first class citizens of the Internet by connecting them via Internet protocols, or they are connected through a gateway that speaks low level device protocol on one side and on the other side talks Internet protocols into a cloud. These gateways sit on the edges, where IT meets OT, and often implement a significant amount of logic – hence the term “fog computing”.

On top of the low level protocols we see higher level protocols like MQ Telemetry Transport (MQTT) and Data Distribution Service (DDS), which are used for integration of applications and data. This is where the real challenge and the true benefit of the IoT lies: integration of physical devices into the ecosystem of enterprise applications and the merger of OT and IT.

This requires enterprise thinking, to see the big picture, the synergies that can be achieved, the architectures that can facilitate it, and the technologies that are required for real world implementations. Most large companies have already invested into technologies that will also be a cornerstone for Enterprise IoT, namely big data, analytics, integration middleware, and cloud computing. The next big question now is: what does an Enterprise IoT platform look like?

When we examine the vendor strategies we see how history repeats itself. Vendors with existing software stacks are trying to add an “IoT veneer” and position their products as an IoT platform. At the same time new vendors enter the market with pure-play IoT offerings. To make things more complicated we also have the m2m (or OT) legacy to deal with, and the vendors in this space need to find a future in IoT. So instead of the usual dichotomy of incumbents and challengers we actually have three fractions fighting over the IoT pie.

Once we know what our ideal Enterprise IoT platform should look like the next question is how this platform would fit into our existing IT landscape. We already have a big data solution, a private cloud or applications deployed in a public cloud, an Enterprise Service Bus (ESB) or integration Platform as a Service (iPaaS), as well as a mobile strategy, to name just the major technology domains of modern IT. Enterprise IoT is a big challenge and there are many open questions, but one thing is clear: connected things will be everywhere.