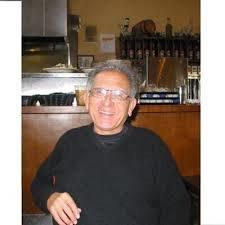 Dr. Moshe Zloof is considered a pioneer researcher in the area of database languages and user interfaces. Back in the 1970’s, during a complete departure from the traditional approach and while working at IBM, Dr. Zloof created QUERY-BY-EXAMPLE (QBF) and OFFICE-BY-EXAMPLE (OBE), the first visual programming languages which not only set the stage for considerable research agenda, but also have been incorporated in many successful products such as PARADOX, DBASE IV, ACCESS and many more. At Hewlett-Packard, Dr. Zloof is currently involved in developing the IC-BY-EXAMPLE language, a new paradigm to enable non-programmer professionals to construct their own applications. Dr. Zloof has published numerous papers and articles, has chaired and served as invited and keynote speaker at many national and international conferences and universities. He has also received several awards including the most prestigious IBM Corporate Award. He has served as an adjunct professor at the Courant Institute of NYU and Columbia University.