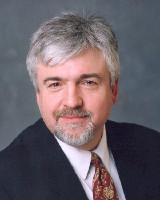 He is principal at IT Market Strategy (www.itmarketstrategy.com), has spent 3 decades in the information technology industry. As Senior Vice President at Forrester Research, he was responsible for all of Forrester’s technology research for several years. Prior to his Forrester role, Mr. Adrian was Vice President and research manager at Giga Information Group, where he facilitated collaborative research among analysts, and served as executive editor of the monthly Research Digest and weekly GigaFlash. He chaired the GigaWorld Conference (and later Forrester IT Forum) for several years. Prior to becoming a technology analyst, Mr. Adrian held marketing and strategy positions at Sybase and Information Builders, where he founded and edited a technical journal. Before entering the IT industry, Mr. Adrian spent a decade building systems in the securities, banking and transportation industries in New York and earlier  was a statistical analyst at the Federal Reserve Bank of New York. His early analysis of the micro-to-mainframe market and its impact on decision support, “The Workstation Data Link”, was published by McGraw-Hill in 1988. Mr. Adrian was a member of the Advisory Board of the International Data Warehouse Association in its formative years, and served as editor of the NY PC User Group Newsletter in the mid-80s. He holds a B.S. in business administration (finance) from CUNY’s Baruch College.
Mr. Adrian’s blog at http://mervadrian.wordpress.com/ was recently named to the top 50 analyst blogs by Technobabble (http://technobabble2dot0.wordpress.com/2009/11/30/top-analyst-blogs/) and his channel on the B-Eye Network is highly regarded by peers. Mr. Adrian keynoted at IBM’s 2009 IoD Conference in Las Vegas, and he is a frequent speaker at other industry events.