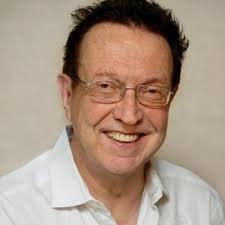 He was one of the original developers of SDL (Specification and Description Language). In 1967, SDL became a standard in the telecoms industry. At Ericsson he also invented use cases as a way to specify functional software requirements. In April 1987 he quit Ericsson and started Objective Systems. A majority stake of the company was acquired by Ericsson in 1991, and the company was renamed to Objectory AB. Ivar developed the software process OOSE at Objectory circa 1992. In October 1995 Ericsson divested Objectory to Rational Software  and Ivar started working with Grady Booch and James Rumbaugh to first create the UML, and later develop the Rational Unified Process. Rational was bought by IBM in 2003 and Ivar decided to quit, but he stayed on until May 2004 as an executive technical consultant. In mid 2003 Ivar formed Ivar Jacobson International (IJI) which is an umbrella company for Ivar Jacobson Consulting (IJC) which operates across 4 continents with offices in the UK, US (West and East Coast), Scandinavia, China, Korea, Singapore and Australia.