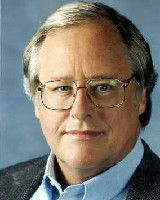 He is an internationally-recognized expert witness and computer consultant who specializes in project management, software engineering methodologies, and Web 2.0 development. He is the author of more than two dozen books, including “Outsource: competing in the global productivity race”, “Byte Wars”, “Managing High-Intensity Internet Projects”, “Death March”, “Rise and Resurrection of the American Programmer”, and “Decline and Fall of the American Programmer”. He is currently focusing on Web 2.0 technologies, and was the guest editor of the October 2006 special issue of the Cutter IT Journal on “Creating Business Value with Web 2.0”; he has developed an extensive “mind-map” of Web 2.0 concepts, technologies, products, and vendors. According to the December 1999 issue of Crosstalk: The Journal of Defense Software Engineering, Ed Yourdon is one of the ten most influential men and women in the software field. In June 1997, he was inducted into the Computer Hall of Fame, along with such notables as Charles Babbage, Seymour Cray, James Martin, Grace Hopper, Gerald Weinberg, and Bill Gates. Yourdon is widely known as the lead developer of the structured analysis/design methods of the 1970s, as well as co-developer of the Yourdon/Whitehead method of object-oriented analysis/design and the popular Coad/Yourdon OO methodology of the late 1980s and 1990s. He was selected as an Honored Member of Who’s Who in the Computer Industry in 1989. And he was given the Productivity Award in 1992 by Computer Language magazine, for his book “Decline and Fall of the American Programmer”.