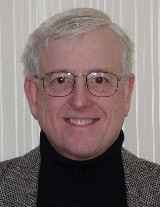 He is currently the President and CEO of Capers Jones & Associates LLC. He is also the founder and former chairman of Software Productivity Research LLC (SPR). He holds the title of Chief Scientist Emeritus at SPR. Mr. Jones founded SPR in 1984. Before founding SPR Capers was Assistant Director of Programming Technology for the ITT Corporation at the Programming Technology Center in Stratford, Connecticut. He was also a manager and researcher at IBM in California. Mr. Jones is a well-known author and international public speaker. Some of his books have been translated into six languages. All of his books are translated into Japanese and his newest books are available in Chinese editions as well.
Among his book titles are: Patterns of Software Systems Failure and Success (Prentice Hall 1994), Applied Software Measurement, 3rd edition; (McGraw Hill 2008), Software Quality: Analysis and Guidelines for Success (International Thomson 1997), Estimating Software Costs, 2nd edition (McGraw Hill 2007), and Software Assessments, Benchmarks, and Best Practices (Addison Wesley Longman 2000). The 3rd edition of his book Applied Software Measurement was published in the Spring of 2008. His book entitled Software Engineering Best Practices was published by McGraw Hill in October of 2009. His current book is The Economics of Software Quality with Olivier Bonsignour as co-author, Addison Wesley, 2011.
Mr. Jones and his colleagues have collected historical data from more than 600 corporations and more than 30 government organizations. This historical data is a key resource for judging the effectiveness of software process improvement methods. More than 13,000 projects have been reviewed. In addition to his technical books, Mr. Jones has also received recognition as an historian after the publication of The History and Future of Narragansett Bay in 2006 by Universal Publishers. His research studies include quality estimating, quality measurement, software cost and schedule estimation, software metrics, and risk analysis.
Mr. Jones has consulted at more than 150 large corporations and also at a number of government organizations such as NASA, the U.S. Air Force, U.S. Navy, Internal Revenue Service, and the U.S. Courts. He has also worked with several State governments.