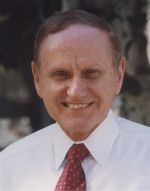 PMP, PMI Fellow, the CEO of the SPLWIN Group and the developer of Strategic Project Leadership® is regarded as one of the world’s leading experts in Project Management, Innovation, and Execution Leadership. He was the first recipient of the Project Management Institute (PMI) Research Achievement Award, and is the holder of five academic degrees in engineering and management, including a PhD from Stanford University. After a career as practitioner and executive in the defense industry, Dr. Shenhar served for 20 years as Professor at several universities where he built new programs, including the Project Management program at Stevens Institute of Technology and Rutgers University. He is one of the most published and cited authors in Project Management, and his work has influenced project and technology management research and education throughout the world. He also served as consultant to major corporations such as 3M, Honeywell, Intel, NASA, Dow Jones & Co., U.S. Army, and Tata. He is co-author of the recent book “Reinventing Project Management” published by Harvard Business School Press. The book was selected among the top five business books of the year, and is the only Harvard Press book in Project Management.